Mastery of the Spirit // The King of Light 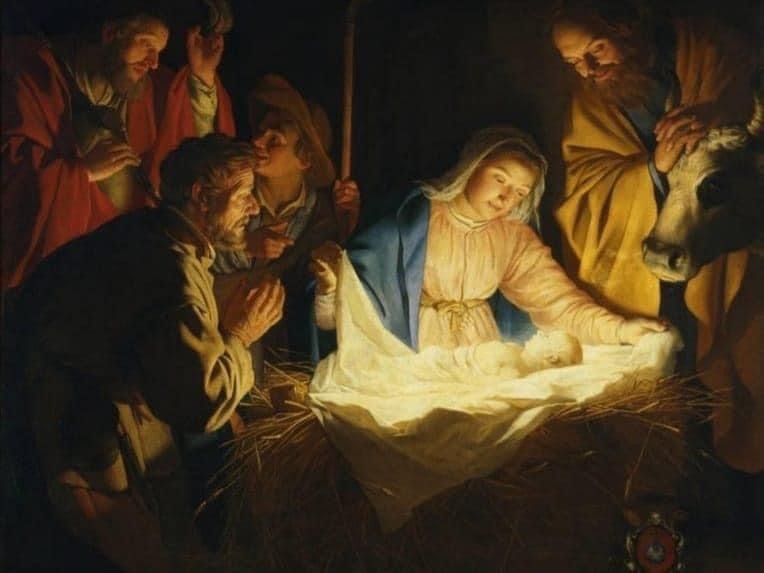 Mastery of the Spirit // The King of Light

Christmas is the celebration of the birth of Jesus Christ.
The Son of God.
The incarnation and actualisation of God in a Human form.
He who lived by example to lead the way in the proces of awakening, mastering the Light of God by overcoming the darkness and purifying the Temple to ascend into the Kingdom of God within by activating the Light Body.

The Bible tells us a new star would be seen in the Heavens as a sign of the Saviours birth. This is what the wise men saw in the east as they followed the start and came from far to worship the baby Jesus Christ in Bethlehem.

Those who are awakened know that what we have been taught or presented as true is false.
The dogma,s that have been handed down for generations through religion and the supporting systems of society do not tell you about the core purpose of the Gnostics.

Many many books where removed from the Bible;

To prevent you to find your own divine light

To prevent you to understand your full potential

To hide and ridicule the mystery teachings that where called blasphemy like today,s conspiracy theory.

To weaken and belittle the human being into dependency and undeserving for their divine connection through outside authority.

To take away the female healing energy powers by degrading these as sinful, less, weak, dangerous and witchcraft.

To take away the sacredness of the union of
male and female fallus energy in creation and manifestation power.

To Hide the Laws of the Universe that teach the energy balancing of Karma into Darhma.

To hide the sacred knowledge of symbolism to turn curses into blessings and blessings into spiritual sacredness in all forms of energy.

To remove the truth about reincarnation, ascension and enlightenment.

To remove our connection with nature, guides, Archangels, Spirit as part of our excistence in this Universe that flows and grows through us as we are the Light.
We are God.

And this is where humanity was led astray from it,s own divinity and responsibility to follow his example to awaken, master and purify the temple of your physical body to activate the Light Body.

Your awakening in this moment in time is as relevant as today,s lies and corruption have kept you a sleep to hide the ancient and divine abilities of the mystery teachings.

Centuries a go the followers of Jesus Christ, his disciples, the Kathars a long with the Tempeliers where hunted down and executed to stop the teachings of the ancient mystery gnostici that taught humans how we are all God,s childeren and have the divine abilities to enlightenment by following the example of Jesus Christ.
His birth, his life, his divine marriage to Mary
Magdalena, his crucifixtion, his resurrection, his conciousness all represent the path to enlightenment for all of humanity.

Jesus Christ was a master, a divine teacher who was the living example of the purification proces of the chakra,s to balans the male and female energies within to activate the Christ.
Mary Magdalena was an apostle, The divine apostle of the apostles, Jesus called here. After Jesus released here from here demons she also activated here Light body in pure Love and taught the sacred rites of the mystery schools.
Together Jesus and Mary performed the Hieros Gamos, the sacred wedding or mystical marriage of twin flames.
These processes are called the individual inner and sacred union relation; Kundalini Awakening in ancient cultures.
The proces of the inner and Outer overcoming of the ego, the purification of the mental, emotional and physical body to bridge the connection to the Kingdom, to the higher Self to Create and Manifest heaven on Earth.
Many cultures teach this same proces of becoming God.
This is the I AM.

You were thaught to worship
To follow the star
To externalise God
You are the star
Through seeing Jesus as the example he was and wanted to be for you and me
You can become the of King of Light as well.
You are a son of God
I celebrate the Light in all of us today.

It is my mission to bring back the Mastery and Mystery teachings, to re-build the Temple of Healing with ancient wisdom and assist as many in their path to Awakening,
so togheter we can further integrate the Light and the new energies of the new Crystaline grid.
To rise above the dark ages of energies that held us back.
There is an Evolution of Light taking place.
And you are part of it.

Wishing you a Merry and Light Christmas.
The God in me honours the God in you.